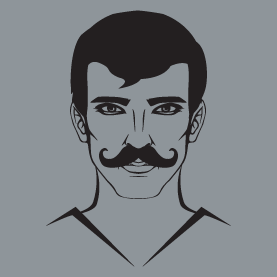 Hello, my name is Sigmund. Welcome to my site about automotive upkeep. I would like to share my journey of automobile ownership and upkeep. The time and money you put into your car, truck or van will pay you back in the long run. You can save money over the years by keeping your old car chugging along. You just need to complete regular maintenance and perform repairs in a timely manner to keep your car running right. I will cover all of the different tasks you need to complete on this site. I hope you will follow along to learn more. Thanks.

Those odd noises and vibrations you've noticed for the past few hundred miles might not be your run-of-the-mill repair issue. Instead, you could be faced with a wheel bearing issue. Just like your brakes and shocks, your car's wheel bearings aren't designed to last forever. Although they're designed to last for countless thousands of miles, they'll eventually wear out at some point. The following offers five telltale signs that usually indicate worn-out wheel bearings.

As the metal components within the wheel bearing wear down, the resulting metal-on-metal contact can produce grinding or grating sounds. The sounds can be heard throughout your vehicle and they often become louder as vehicle speeds increase. It can be difficult to pinpoint exactly where the sound is coming just by listening to the wheels, so it's always a good idea to have a trusted mechanic track down the culprit by inspecting each wheel carefully.

Steel or Alloy Wheels That Are Hot to the Touch

It's not unusual for your wheels to be a little warm after a long journey, but a wheel that's hot to the touch may indicate a worn-out bearing on that wheel. Wheel bearings can create tremendous amounts of friction as they wear out. This friction generates large amounts of heat that eventually radiate throughout the wheel, making it hot to the touch. Hot wheels can also raise tire air pressures by several psi, so it's important to check your tires while checking your wheels.

This movement can be detected and even replicated once you have your vehicle lifted off the ground. By gently rocking the wheel with your hands on the top and bottom of the wheel, you may be able to induce that play and even hear a small amount of knocking in the wheel bearing.

Steering wheel vibrations can also be caused by tire balance issues, but these vibrations typically show up only at higher speeds. Vibrations caused by a worn-out wheel bearing wheel appear at lower speeds and become progressively worse as speeds increase.

Keep in mind that failed wheel bearings aren't the only reason for a tire to wear unevenly. You'll also want to rule out common suspension-related issues that could contribute to tire wear, including poor alignment, improperly inflated tires, and worn-out CV joints, shocks, and struts.

Your car's anti-lock brake system (ABS) has a close relationship with your wheel bearings. On most modern vehicles, the ABS tone ring is integrated into the wheel bearing. If the wheel bearing fails, then there's also a good chance that the tone ring can become damaged. This can cause unexplained errors and behavior from your ABS system. In some cases, it can even cause the ABS system to cease functioning at all.

If you've experienced any of the above symptoms, then you should have your vehicle checked out by your trusted mechanic from an auto shop like Jensen Tire & Auto as soon as possible. Allowing these problems to go on could result in a catastrophic failure later on.